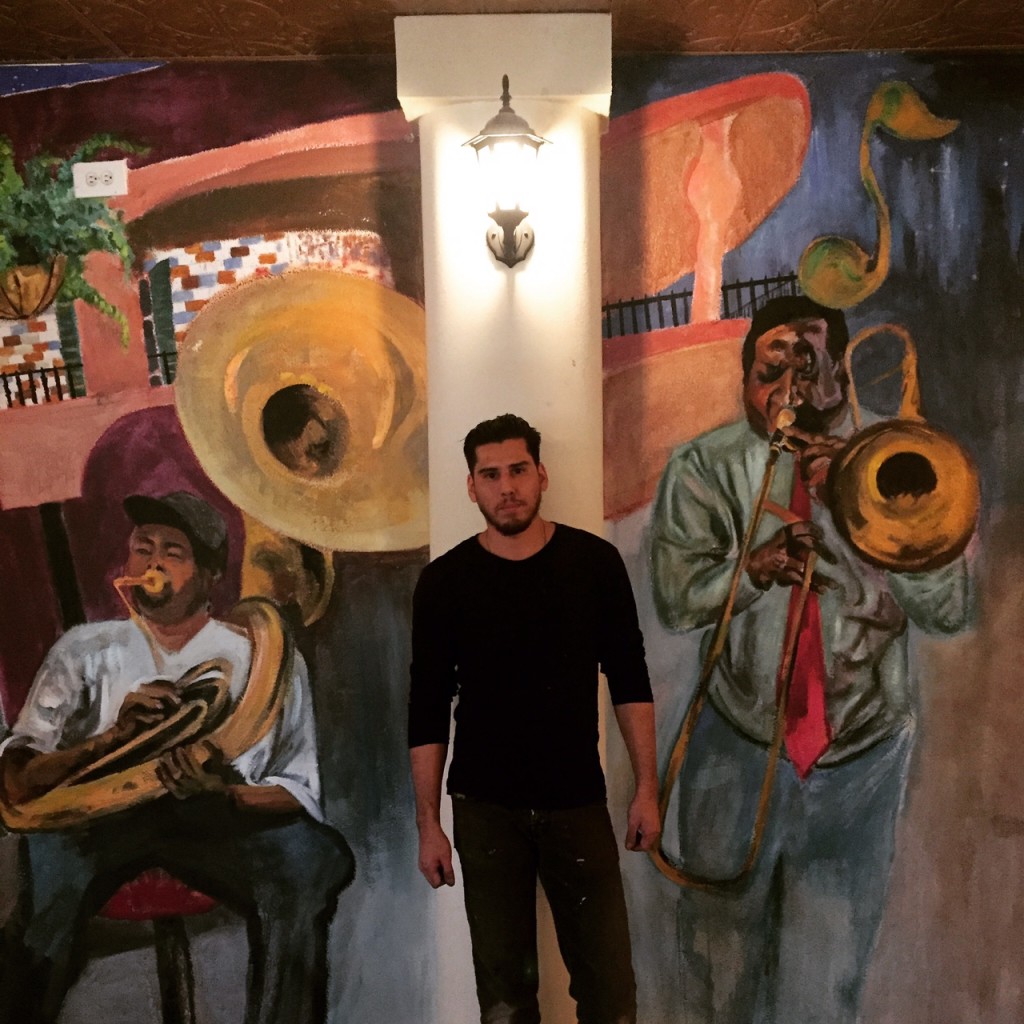 When BB’s Chief Brand Officer, Maricela Bassler, was looking to add murals into the BB’s locations she knew just who to hire! Maricela’s brother, Marco Hernandez, just happened to be an artist and a very good one at that. The only problem was that he had never done a mural before. Marco’s work up to that point had been strictly on canvas. But, Maricela knew that he could paint just about anything. She had grown up with him, after all, and watched as his self-taught and truly God given talent evolved into masterpieces and commissions. She asked him to paint a mural that was significant to the culture of

NOLA. She wanted BB’s customers to feel as though they were taking a stroll through the French Quarter in the Crescent City! To help spark his ideas, Marco was provided photos of artists, musicians, and architecture that she had taken during her research trips to New Orleans.

Marco’s first mural went up at the opening of BB’s Cafe in Katy (pictured above) in 2015. Marco completed three ten foot walls in just four days and it looked fantastic!! A year and a half later, Maricela fou

nd herself standing in the middle of the newest BB’s Cafe location in Pearland and realized that a swampy Louisiana scene would be perfect to complete the space. She called Marco right away and flew him in from their hometown of McAllen, Texas. He completed the mural in three days and just in time for the Grand Opening! Marco’s artistic style is extremely different than what he is usually commissioned to do, including the murals at BB’s. Marco refers to his personal style as Contemporary Figurative. Check out Marco’s murals at BB’s Katy or BB’s Pearland next time you are dining with us!